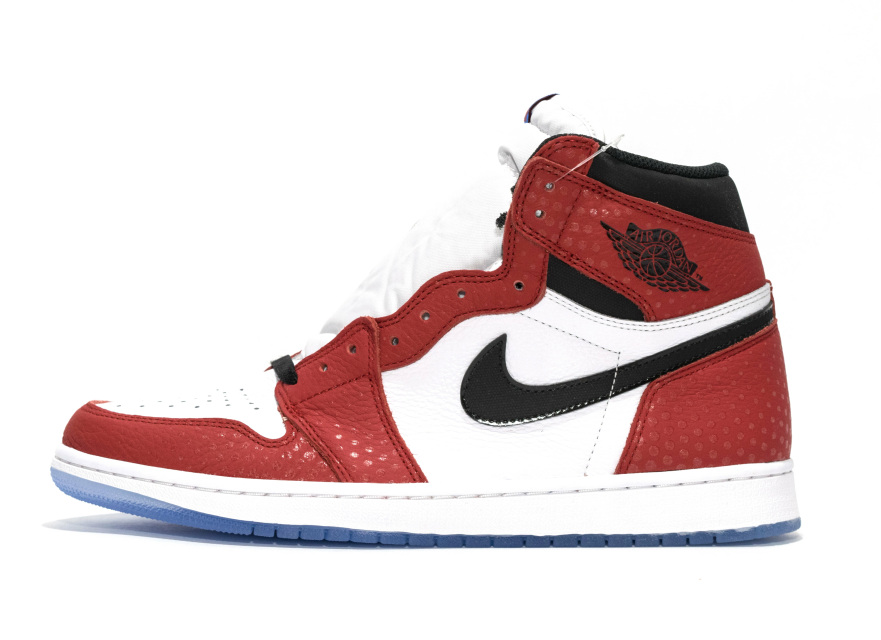 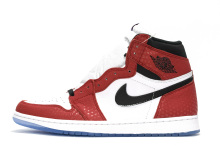 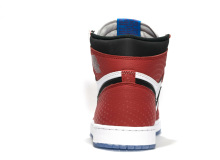 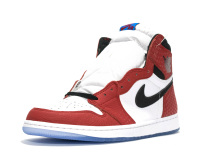 The Spider-Man x Air Jordan 1 “Origin Story” is a special edition of Michael Jordan's first signature shoe that celebrates the 2018 release of the Marvel movie “Spider-Man: Into the Spider-Verse.” Using the blueprint of the original “Chicago” colorway that is worn by the character Miles Morales in the film, the design features a white and and red leather upper with a few modifications inspired by Spider-Man. The red leather panels on the upper feature a tonal dot print that is also reflective, referencing Spider-Man’s suit. The “Nike Air” tongue tag is presented in blue and red as another nod to the superhero, while an icy clear outsole completes the colorway. Released on December 14, 2018 to coincide with the opening of the film, the Spider-Man x Air Jordan 1 “Origin Story” is a must-have for sneaker and comic book aficionados alike.