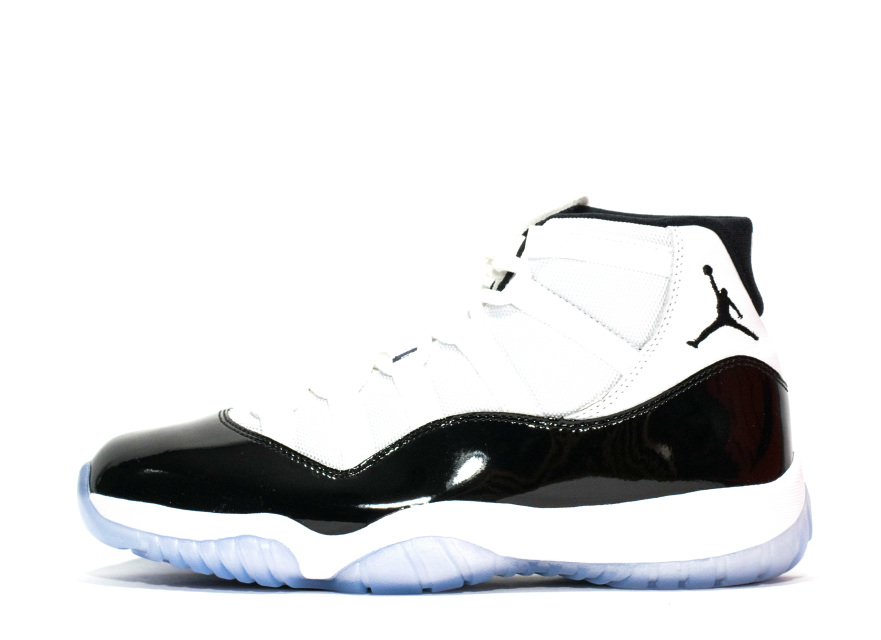 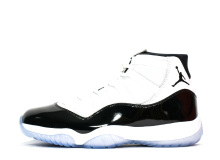 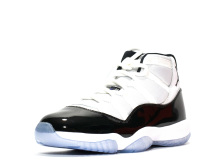 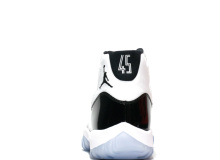 The Air Jordan 11 "Concord (2018)" marks the return of one of the most celebrated sneakers of all time. The famous black and white Jordan 11 worn by Michael Jordan in 1995 and 1996 needs no introduction, but this latest edition does feature some details not seen on previous “Concord” retro releases. The remastered construction features a higher cut to the black patent leather mudguard, as well as “45” — the uniform number Jordan initially wore when he returned from his first retirement in 1995 — replacing the traditional “23” on the heels. This 2018 release honors the first pairs of the “Concord” AJ11 that Jordan debuted in the 1995 NBA Playoffs with the “45” branding. The Air Jordan 11 “Concord” officially released on December 8 and is no doubt one of the year’s biggest sneaker releases.